Joining COVAX: Why And How Much Will It Cost Malaysia

With shrinking national budgets, increasing deficits, demands for welfare assistance, and economies which are struggling to recover from month long lock-downs and harsh restrictive measures, investing in the unknown is a difficult decision to make.

On 19 September, Minister of Science, Technology and Innovation Khairy Jamaluddin announced that Malaysia would join the COVID-19 Vaccine Global Access (COVAX) Facility, a global partnership that aims to support the development of a vaccine against the coronavirus and share access to it.

Khairy who is leading the government’s efforts to identify and secure COVID-19 vaccines, later provided reassurance through his public statements that he was also exploring other options, including directly negotiating with relevant pharmaceutical companies which are currently spearheading the race to develop a vaccine.

This is an unprecedented move. Rarely has there been any other endeavour in the history of healthcare, where governments around the world are frantically trying to secure stocks of a vaccine which does not yet exist.

But it is a necessary effort and the right decision to make. What the Minister is doing and the government’s decision on COVAX ensures that Malaysia will have the necessary vaccine stocks to protect the most vulnerable in its population.

However, in spite of these efforts, it will not be a straightforward journey from the development and manufacturing of a safe and effective vaccine, to its deployment into the Malaysian population.

Through Malaysia’s participation in the COVAX initiative, we will help fund development of at least three safe and effective vaccines and therefore guaranteed access to the portfolio of vaccines, negotiate as part of a global consortium hence bringing down prices through economies of scale and pool procurement, and work with those in the international community to ensure fair and equitable access for populations who can’t afford the vaccine. Through this initiative, countries will stand the best chance at protecting the most vulnerable members of their populations.

In a nutshell, this is what the COVAX initiative is all about.

It is sometimes difficult to predict which vaccines will be successful. Even when a candidate vaccine produces a positive response in some people, it may result in adverse reactions in others, causing it to fail. In fact, many of the more than 160 candidates will fail.

The best chance of success for any country to secure a vaccine is to participate in an endeavour which diversifies and broadens access across a broad portfolio of possible vaccine candidates. A form of “insurance”, spreading risk and pooling resources.

There is no guarantee that going it alone and depending on separate bilateral deals will produce better results, in fact it might be a disadvantage. Instead of benefiting from being part of a collective, countries might instead be left out altogether and be among the last to get the vaccine when it becomes available.

Malaysia is not the United States or China who are able to independently fund, develop and produce their own vaccines for their own population. We need to work with others to meet our acute needs.

However, participation in the COVAX initiative comes at a price.

As the third richest country in Southeast Asia, classified as an upper middle-income economy with a GNI per capita of US$11,200 (as of 2019), Malaysia will be expected to be a self-financing participant similar to that of Singapore.

To reserve its vaccine stock, participating countries must make upfront payments and financial guarantees by this coming October 9

The vaccine for the 20 percent would be for people considered most vulnerable to infection as well as those working on front-line services such as healthcare professionals, security forces, and sanitation workers. The remaining 80 percent will have to procure the vaccine through alternative bilateral arrangements, government subsidisation, and the private sector.

Compare this to China’s Sinopharm’s experimental coronavirus vaccine at US$145 per person or US$72.50 per dose, which is almost seven times higher than that of COVAX.

With shrinking national budgets, increasing deficits, demands for welfare assistance, and economies which are struggling to recover from month long lock-downs and harsh restrictive measures, investing in the unknown is a difficult decision to make.

Nevertheless, however hard, Malaysia must find the funds to finance this participation as well as other plans which work to ensure that Malaysians are able to access a safe and effective vaccine in the near future. Undoubtedly, difficult decisions will have to be made.

We need everyone and every country to get onboard and work together. Only then can we ensure that populations can be protected, and borders restrictions lifted so that economies can reopen and rebuild, movement between countries safely resume, families reunited, and life going back to what it was before the outbreak.

Most of the world’s nations have already joined COVAX, which is co-led by the World Health Organisation, the Coalition for Epidemic Preparedness Innovations, and Gavi, the Vaccine Alliance.

Being involved in COVAX is more than just about the vaccine. It is about being part of a global effort to put into place a transparent, accountable, and predictable framework which is working towards ensuring equitable access to an eventual vaccine. It will help build confidence in the economies participating in and benefiting from the initiative.

The COVID-19 pandemic is a public health emergency that requires collective global solidarity, empathy and cooperation, beyond our borders. We cannot afford to not do our part to protect ourselves and others.

No one is safe until we are all safe. 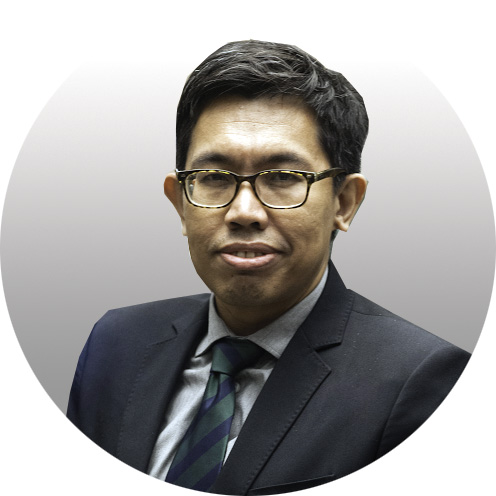