Lack of accurate knowledge on mental health and strong cultural beliefs leads to the belief that mental health conditions have supernatural causes.

Mental health conditions are widely misunderstood in our society. The perception of mental health is commonly biased towards negative stereotypes of aggressive, unpredictable and extreme behaviour.

This is due to insufficient understanding of the Malaysian public on the subject matter. The majority who live with mental health conditions do not show any outwardly obvious symptoms but suffer in silence and isolation. The common thread in mental health conditions is that it interferes with daily functioning and social, family and work life, contributing to a high level of disability in severe cases.

The stigma associated with mental illness is called sanism, a form of oppression and discrimination, just like racism or sexism. The impact of sanism and misinformation surrounding mental illness within our country drives people away from help-seeking, recognizing symptoms, and leads to huge economic costs.

Almost one in three Malaysians have depression or anxiety. We may have friends, family and peers with mental illness and fail to realize it, because they may have found it hard to talk about, or not even have realized it themselves. Many are proactive and productive members of the society, and do not fit the stereotype of one who has ‘lost their mind’. Yet, without appropriate support, the person is vulnerable, just like having a physical illness with symptoms, except it is much more challenging to get support and treatment compared to diabetes or suffering fractures, for example.

Lack of accurate knowledge on mental health and strong cultural beliefs leads to the belief that mental health conditions have supernatural causes. Some members of the community discredit depression by claiming that it is not an actual medical condition, and that it is some sort of choice or personality trait instead. This is both unhelpful and untrue.

At workplaces, employees are unlikely to admit that they are facing mental health challenges as it might not be taken well by the employers. In most cases, mental health is not covered under employees’ insurance. One of the many risk factors that employees face these days are stressful work environments and long working hours. Work burden often follows them back home in the form of WhatsApp and emails.

The impact in the workplace is felt when the employee has to take leave, is less productive at work, or leaves the organization altogether. It has been estimated that mental health conditions cost the economy RM14.5 billion in 2018 and is estimated to cost as high as RM105.47 billion by 2030.

In order to turn these figures around, it is vital that each of us learn about common mental health conditions, its risk factors, and advocate for accessible and effective mental health services.

Depression is a well-established recognised condition that causes both emotional and physical symptoms. It is most common for teens and working adults. It is easy to detect mental health issues among teenagers, working adults and peer if we are willing to be more attentive and caring. Sometimes, the symptoms of a mental health disorder can appear as a physical problem too, such as stomach pain, back pain, headache or other unexplained aches and pains.

People so often throw around the term “bipolar” which downplays the seriousness of the condition and creates misinformation about what bipolar disorder is. Bipolar disorder causes a person to have episodes where they experience high-energy and depressive states, alternating and lasting for weeks or months. It is estimated that the lifetime prevalence rate of bipolar disorder is 0.4% – 0.6%.

Post-traumatic stress disorder (PTSD) can be experienced by cancer patients, rape or sexual assault victim, a domestic abuse victim, witnesses of violence, a survivor of a natural disaster or someone who’s suffered a loss. Symptoms include flashbacks of traumatic events, nightmares, panic attacks, avoidance of reminders or triggers, and reacting in a way as if the event is re-occurring.

One of the deterrents of help-seeking is not knowing where to find professional help or a support network.

The government has taken the initiative together with the private sector to come out with a Mental Health Handbook, a hotline (15999 Talian Kasih) and more recently a Whatsapp line (019 2615999) to accommodate the rising number of people reaching out for help. Private organisations such as Naluri, SOLs Health and Relate Malaysia are opening up online as well as personal and group therapy such as Professional Learning Assistant, Group Psychotherapy and Support group.

Mental health services are under-resourced as it received less than 1% of the government health budget. In Malaysia, the number of psychiatrists is inadequate to accommodate our 32 million population as a whole.

The ideal ratio of psychiatrist to population should be 1:10,000 but in Malaysia it is 1:200,000. Government hospitals have limited specialists and other professionals, who may have to cover several hospitals. Another important aspect of mental health comes down to psychotherapy, behavioural therapy or talk therapy, and addressing social factors that cause mental health conditions including outreach and social work.

We are still far from accepting mental health condition as a serious issue in the community. Collective stigma makes it hard to speak to another person about having a mental illness, because they’re commonly misunderstood, and people who are unfamiliar with mental illness may not be able to empathize or help in a constructive manner.

But when a person has the strength and courage to open up to someone else, they are working to alleviate the stigma, increase awareness, empower themselves, grow as a person, and promote understanding of mental health. It’s important for the listener to be open-minded and accepting.

As it is hard enough to seek for help, it’s important as a community to reject unhelpful societal constructs from framing people as violent or unstable for experiencing a condition that is beyond their control. Let’s bring this change together as a nation. 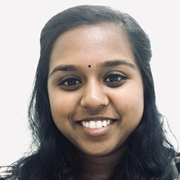