We need to better understand the origins of poor mental health in Malaysia which will include social, economic, workplace, and environmental stressors; and social determinants to health such as poor health literacy and poverty.

The mental well-being plan recently announced by the Deputy Prime Minister, Datuk Seri Dr, Wan Azizah was made in response to the recent case of a 16-year-old committing suicide and the growing global call to enhance public mental health.

The spirit of inter-ministerial discussion and collaboration to tackle this issue is encouraging. The involvement of people at the highest levels of government demonstrated sincerity and commitment.

However, several concerns surrounding the depth of the proposal and its public communication come to mind.

The press statement quoted that in 2017, suicidal thoughts were prevalent in 10 percent of young teenagers, aged 13 to 17. The adult data revealed mental health disease prevailing at 29 percent in 2015, a 200 percent leap from 20 years ago. It is not known whether these statistics were a combination of all the psychiatric disorders and mental disabilities in the country or one particular illness. The economic burden of US$25.3 billion by the year 2030 mentioned also appears to be the overall economic impact of all categories of mental disabilities.

There is a need to examine and approach mental health data in a disaggregated manner to ensure that we are able to address specific diseases and issues rather than look at mental health as a homogeneous topic. The 16-year old took her own life due to an undiagnosed acute depression caused by cyber-bullying. Mental health is a complex issue.

The government’s proposal which includes decriminalising attempted suicide, making helplines more available, and stressing family roles in mental health, all of which are certainly needed. The high-level commitment to work towards removing social stigma and increasing awareness of mental health issues, is arguably unprecedented. However, it could be further strengthened in the area of suicidal prevention and support.

The United Nations Office of the High Commission of Human Rights states that “there is no health without mental health, and good mental health means much more than the absence of mental impairment.”

Suicide survivors (people who are family or friends of someone who has committed suicide) are often subjected and vulnerable to possible harassment and intimidation during the process of investigation. This causes increased anguish and anxiety among those who have already suffered enough trauma. This is a problem and must be dealt with.

Emphasising family bonds in the prevention of suicides could be problematic. The combination of the high-cost of living, coupled with low living wages and far work locations present significant challenges for many families. Ensuring that there is enough food on the table, bills paid and the best education possible often cause family members to not spend enough time with each other or parents to not provide sufficient supervision. The problem is less of poor family values but more of a socioeconomic struggle.

As tragically demonstrated in this recent case, cyberbullying is a real concern, particularly for teenagers and children. At the 2017 Pediatric Academic Societies Meeting in the US, studies revealed that the number of children who attempting suicide or expressing suicidal thoughts doubled between 2008 and 2015. The rise was linked to an increase in cyberbullying.

Mental health promotion and awareness of cyber-bullying should be extended to all existing school health programmes. Specific measures could include education on cyber etiquette, anti bullying campaign, and universal screening of mental health issues for all school children and teenagers.

Building mental resilience whether through sports or other team-building activities, and emphasising on problem-solving, empathy and social responsibility is one area which needs more attention and integration into existing health promotion and school programmes.

Existing community-centric initiatives such as MENTARI (“MENTA” from the word ‘mental’ and “RI” from ‘psikiatri’) which provide outreach services should be strengthened and expanded.

We need to better understand the origins of poor mental health in Malaysia which will include social, economic, workplace, and environmental stressors; and social determinants to health such as poor health literacy and poverty.

We actually already know what needs to be done.

In 2016, the National Institute of Health released a technical report titled “Malaysian Mental Healthcare Performance”. It contains important mental health outcome statistics and an extensive list of performance indicators that set the target for mental healthcare resources allocation and mental healthcare workforce expansion. It has already provided solid recommendations and highlighted the importance of the preventive aspects of mental health.

We need a three-pronged approach which will address social inequity barriers, expand and restructure existing mental health programmes, and set mental health outcome targets with monitoring and evaluation mechanism in place. Mental health promotion should be integrated into policy-making and social development programmes.

The outputs from the inter-ministerial meeting have the potential to address long-overdue problems and improve the mental health care and well-being of Malaysians. Let’s ensure that the lives lost are not in vain. 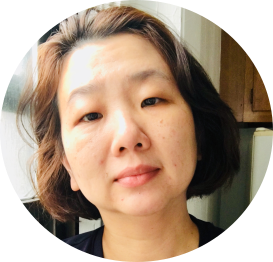