With all eyes focused on this Friday’s tabling of the 2018 Budget, the Ministry of Health in particular will be crossing their fingers in hope of a bigger share of the pie.

With RM 25 billion originally allocated in 2017 representing close to 10 percent of the overall budget, healthcare represents a major appreciating cost. Incidences of non-communicable diseases (NCDs) such as hypertension, heart disease and diabetes have been on the rise. They currently account for three quarters of all deaths in Malaysia. Gains in life expectancy also translate to increased health burden as the population both grows and ages (15 percent of Malaysians will be over the age of 60 by 2030). All of which contribute towards escalating healthcare expenditures.

There have been many recommendations which the government can implement as cost-costing measures to better manage spending and to get the national deficit under control. Reducing the size of the public service and placing more emphasis on increasing efficiency through increased computerisation, are examples which easily come to mind. It has been estimated that over 40 percent of government revenue will need to be used to support the public sector emoluments alone.

However, reducing the allocation for healthcare cannot be one of those options to consider for cost-cutting. Provide less in 2018 than what was allocated in 2017, and there will be severe consequences which include shortages of essential drugs needed to treat the abovementioned NCDs particularly for senior citizens and those from the lower income bracket; disruption of public health programmes such as dengue prevention and control; the loss of skilled and trained personnel to the private sector; and most worryingly, increased out-of-pocket expenditure by patients and their families.

But I think health will get a boost this time around. Not as much as the Ministry of Health would like but certainly more than what they received this year. But a more sustainable solution to financing the national healthcare system must be found. We cannot depend on maintaining what we have today based on a “living from national budget to national budget” mind set, facing almost existential questions each time September and October approaches.

We are fortunate that the government is steadfast in its commitment to ensuring that Malaysians have access to high quality healthcare. When we look at the battles being waged in the US and the UK over this issue, we can count ourselves fortunate. But that day is soon coming.

Back in May, Datuk Seri Dr Subramaniam boldly announced that the government would introduce a voluntary national health insurance in 2018. That took guts. The unpleasant experience with 1Care has demonstrated how finding a publicly and politically acceptable approach can be incredibly difficult and tricky, particularly when it involves the public purse.

Ensuring and maintaining high quality healthcare is neither free nor cheap, regardless of whether it is in the public or private sector. How do we pay for it has been the question that the planners and boffins of the Health Ministry have struggled to answer for at least the past fifteen years.

The fact is that with the constraints and every increasing demands made on the government, the national budget allocation can never really commensurate with the medical cost. Hence the need for a separate financing mechanism specifically for healthcare and to complement the existing framework.

So what will this national health insurance look like, if implemented next year? How much do we have to pay and who needs to be enrolled? We don’t know yet. All we have been told so far is that it will be voluntary, that it will not be profit driven, and that it will be managed by non-profit organisations under the Ministry of Health. Members of the national insurance scheme might also have access to private healthcare.

I believe that similar to how it is implemented in Germany and Australia, people should be able to opt-out if they wish to retain their own private insurance or pay for their own private health care if they choose.

A national health insurance could save the public healthcare system as we know it today, and enable for Malaysians to have access and maintain coverage to better care and treatment. It would also act as a social safety net, particularly in ensuring quality medical treatment for the elderly and those with lower income.

It will provide stability for health financing and act as a tool to implement very much needed system wide reforms.

A national health insurance scheme could be a game changer to catapult the entirety of Malaysian healthcare into the 21st century, rather than piecemeal, as it is today.

Selling the idea of a national health insurance scheme to the Malaysian public is going to be tough and unpopular, even if it is voluntary. But it must be done. It cannot be delayed any longer.

The Budget tabled this Friday will give us a clue of where the government wants to go with this.

What I do know is that the commitment to implement it must be announced with a definitive timetable of implementation. The details must be shared with the public as soon as possible to for us to better understand the need for such reforms and for us to support it.

It will be a bitter pill to swallow, especially with the GST, reduction of various subsidies and a trust deficit in the background. But there will never be a right moment or perfect conditions to introduce such an initiative.

Consider the fact that UK’s National Health Service was founded in 1948, shortly after the end of the Second World War. The worse conditions possible and yet, it was able to be done and exists to this day. The NHS’ founding principles are very like our own: the provision of healthcare services that are comprehensive, universal and free at the point of delivery.

The government should bite the bullet and introduce a national health insurance scheme in 2018. 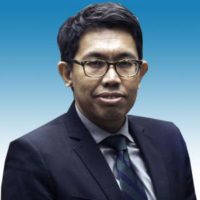