The National Health and Morbidity Survey (NHMS 2019) recently released by the Ministry of Health affirmed sobering statistics on the state of health among Malaysians. We are increasingly burdened with chronic non-communicable diseases and many of us are at risk of ill health, including infants and children. Health inequity will and is worsening.

We need to urgently look at integrating the gender lens, the influence of socioeconomic determinants, and local-level data into population health planning and reform.

Whether it is diabetes, hypertension, asthma, mental health disorders or cancer, the impact of non-communicable diseases is felt differently by women and men. Both are at risk of NCDs, but gender has a strong bearing on exposure to risk factors, access to prevention and care, and even treatment by healthcare providers.

Non-communicable diseases feature prominently among leading causes of death in women, including one in five deaths attributable to heart disease or stroke in 2018. Overall life expectancy for female Malaysians has increased slightly over the years. However, having a chronic disease means that less years are spent in good health.

Though only a snapshot of NHMS 2019 has been released, the available sex-disaggregated data was striking. One in two female adults are overweight or obese, and up to two-thirds carry excess weight in the abdominal region. Nearly 30% of females do not achieve target physical activity levels. Women also did not commonly engage in screening for breast and cervical cancer. Poor nutritional status in mothers are reflected in the rising rate of stunting in young children.

Behavioural risk factors are not simply a matter of making the ‘wrong’ choices.

These factors are determined by our living and working conditions, the economy, legislation and policies, gender roles and cultural norms.

Low physical activity levels in females, for example, could derive from the stereotyping of sports being seen as masculine, safety concerns in open public spaces, and the heavier burden of unpaid care and household chores.

Women generally earn less and may not have much influence in making household decisions to purchase fresh foods, control exposure to secondhand smoke, or practise other preventive health behaviours. Gender-based violence in households also disproportionately affects females, with implications on poor mental health.

On the other hand, trends of healthcare utilisation tend to be less in men due to lower rates of health-seeking behaviour, and rates of tobacco smoking and substance abuse are disproportionately higher.

NCD policies and programs should be gender-responsive and address the needs of both men and women. This starts from schools and workplaces, boardrooms and government offices, preventive and health services. Raising awareness on gender-specific issues, sensitisation of stakeholders, and conducting gender analyses when designing programs are necessary.

Gender also intersects with socioeconomic inequalities. In the United Kingdom, women living in the most deprived areas. face a decline in life expectancy not seen in other groups. Indeed, NCDs have been found to be of higher risk in lower socioeconomic groups.

The NHMS found higher rates of depression in households on the lower end of income distribution (B40) compared to the T20 group. It also revealed ethnic disparities: Indian Malaysians face both higher rates of overweight/ obesity as well as anaemia among women.

Socioeconomic inequalities influence access to good health, starting from early life and development. We need to better understand how this happens in our setting as the distribution of risk factors can go both ways.

The vacuum of coordinated public policies and civil society initiatives means higher socioeconomic groups are not immune to risk factors. Only 5% of the population consumed adequate amounts of fruits and vegetables, indicating that income levels are only part of the equation.

The key to ‘flattening’ the alarming burden lies in a whole-of-society approach across the life course.

We need local-level, granular data that is integrated with social and economic indicators. Members of Parliament, education district offices, and local governments should be familiar and be concerned about NCD risk factors and incidence statistics.

Cross-sectoral mechanisms should be adequately funded to have a sustained impact on living environments. Policies that miss the deep-rooted nature of the problem, are those which ignore risk factors, needs, and barriers to prevention and care for specific groups in the community, both at the local and national levels.

All of us should ask ourselves if NCD prevention and control should be part of a new social contract.

Economic development requires healthy citizens to be able to achieve their goals and aspirations. Seeing how we are becoming a high-income nation, health and well-being should not be only accessible to some but a public good for all.

Will NHMS 2019 be a living document for action? How useful the findings of NHMS 2019 will be to the health and well-being of 32 million Malaysians, especially the more vulnerable, will ultimately depend on the next steps taken in the years to come. 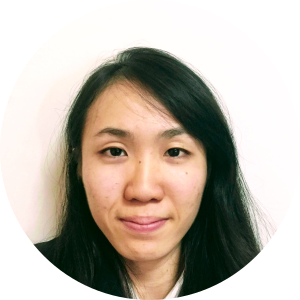