Malaysia has the dubious distinction of being the only country in South East Asia with a triple burden of malnutrition – stunting, obesity and anaemia.

To its credit, the government has been introducing various policies, programmes and activities to combat malnutrition since the 60s. Since 1996, the National Plan of Action for Nutrition Malaysia has outlined actions that the government in tandem with other stakeholders can take to address malnutrition.

In 2017, the government introduced the Suku Suku Separuh campaign, which is a guide on ideal food portioning. Earlier this month, the sugar tax on sugar sweetened beverages came into effect.

The government is also introducing a free breakfast scheme for students in the B40 category, which the Health Minister says will be funded by the proceeds of the sugar tax.

However, perhaps a major factor regarding nutrition is that our food itself has lost much of its nutritional properties.

Several studies of food crops show a sharp decline in nutritional value over the span of 51 years.

Potatoes, for example, show nutritional declines of 47% in copper, 45% in iron, 35% in calcium, 57% in vitamin C and 100% in vitamin A. Oranges now also contains 6 times less vitamin C than its predecessor 50 years go.

This has been attributed to the depletion of nutrients in the soil due to modern, monoculture farming practices. Large farms and corporations also tend to favour and plant crop varieties that produce greater yield and marketability instead of selecting the variety with the highest nutrient content.

Even meat is not spared this nutritional decline. Studies have shown that chicken now contains double the fat of its predecessors and consists more of fat than protein. The quality of red meat has also declined drastically with fat infiltrating the muscles itself, causing marbling.

Modern animal husbandry focuses more on growing bigger animals faster to fuel the increasing demand for meat. This is done with hormones, high energy foods and not allowing them the space to move around naturally.

The rapid growth that these animals undergo means a loss in meat quality, and a decline in the nutritional value of the meat for human consumption.

Climate change might even worsen the nutritional decline of crops.

Experiments have shown that food crops, including most varieties of rice, grown with levels of carbon dioxide projected in the year 2050 are much poorer in nutrients.

Researchers predict that this nutritional decline will cause zinc, protein and iron deficiencies to increase. The hardest hit areas include countries in South East Asia.

While food is still the best source of nutrients there is, dietary supplements can be useful in alleviating Malaysia’s malnutrition burden and help make up for the nutritional deficits of today’s food.

Dietary supplements undergo strict regulation and quality control in Malaysia. There is also a growing body of peer-reviewed research surrounding the efficacy of dietary supplements as a preventive measure against various non-communicable diseases (NCD) like hypertension and diabetes.

Other studies include the consumption of dietary supplements as a protective measure to retain or even improve cognitive processes in ageing persons, among others.

Despite the evidence from rigorous research, dietary supplements are still not utilised in a targeted manner as an integral part of preventive healthcare.

Malaysians also have poor nutritional knowledge. Most are unaware that they might actually be experiencing the effects from being deficient in one or more nutrients, and therefore do not know if and when there is something to address.

The marked lack of nutritionists in the Malaysian healthcare system, especially in the public sector and in primary healthcare, further compounds this issue. As such, malnutrition can go unnoticed, leading to more serious health issues down the road.

Malaysia is faced with a national emergency thanks to malnutrition. This affects not only healthcare but also the economy.

The Global Nutrition Report 2018 estimates that malnutrition can cost up to RM15 trillion in the global economy. According to the Economist Intelligence Unit report in 2017, the total cost of obesity in Malaysia alone is up to 0.8% of the national gross domestic product (GDP). This comes up to about RM12 billion annually. 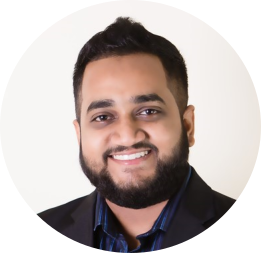